How to navigate the web site

The website is divided into five sections that reflect the main themes of the narrative analysis. These are:

In total, the eight interviews were edited into approximately three (3) hours of footage or a total of 65 clips ranging from 2min to 7 min in length, which make up the five Korsakow films.

A Korsakow film is a web platform that links, through keywords, video clips assembled in a database and a resulting non-linear interactive film. These components (video or image) or ‘single narrative units’ (SNU) are sequenced partly by the filmmaker, through first choosing the original clips to be included and later by the keywords assigned, and partly by the viewer who makes narrative choices by selecting clips during viewing. Depending on the keywords, the overall narrative can be situated anywhere along a continuum from totally random to linear.

Each section contains one Korsakow film as well as the relevant literature review. To navigate the Koraskow film follow these steps: 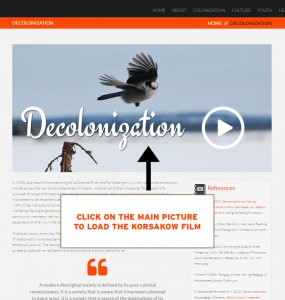 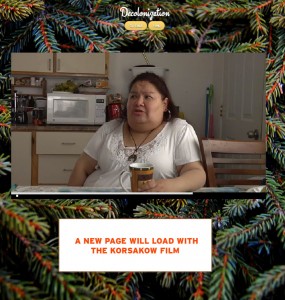 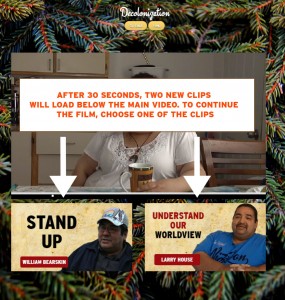 The clip will play for 30 seconds after which, below it, two new clips will load. You will then choose which clip to play. Based on the database, after each choice is made additional clips will load. 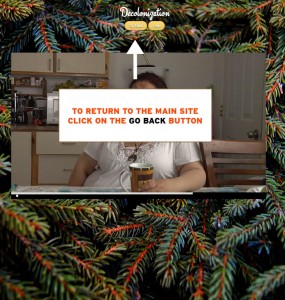 When the sequence is finished, only one clip will be availabe for viewing. To return to the main website click on the Back button (situated on the top center of the page). If you need to come back to this page click Help button.